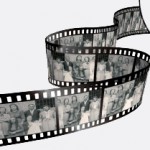 IThe 4th edition of Naples’s Human Rights Film Festival will take place from 8th to 19th of November 2011 in various places distributed in the urban area and in the province of Naples as indicated by the associations that are the soul of the Festival promoting culture in neighborhoods and towns of the metropolitan territory.

A) NAPLES DOC which collects documentary (at minimum 25 minutes) in which the authors describe the problems through the audiovisual media, highlighting contradictions and several possible answers available in the area of Naples and Campania, offering hints for reflection and of hope for the defense of legality and dignity of life.

B) HUMAN RIGHTS DOC a section for documentaries (at minimum 25 minutes) focused on research, analysis, understanding of phenomena and social issues related to human rights issues in all possible ways, in every corner of the world.

C) HUMAN RIGHTS SHORT a section open to short films (less than 25 minutes) without any distinction between fiction and documentary, which could be able to deal with the peculiar form and language, topics and issues related to the rights of any people, as far as an individual or part of a community, accordingly to the lines indicated in the abovementioned issues.